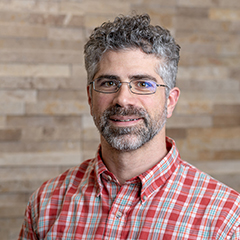 Dr. Derek F. DiMatteo is Assistant Professor in the Department of English at Gannon University in Erie, PA.

In the Fall of 2021, I will be teaching courses in freshman composition, prose literature, and young adult literature. In Spring 2020, I have been teaching a course on critical analysis and composition.

I am working on a chapter contribution to a forthcoming edited collection on Donald Glover's series Atlanta and African American satire since 2014.

I am a past-organizer of the symposium and the coordinator of its graduate student workshop. The 2019 symposium examined the conjunctures of nationalism, borders, and personhood through interdisciplinary lenses on dissent, social movement, ideological restriction or contestation, and state violence.

I convened and moderated the panel "Bi-cultural, mixed-race, and returnee experiences in Japan and the US", which was part of the Cultural Conversations series at Gannon University. My opening presention was on the increasing population of international students in higher education and returnees.

The book that I have been researching, writing, and editing since November 2016 has finally been published! It is 107,000 words, contains 147 biographies with portraits, and had 51 contributors. 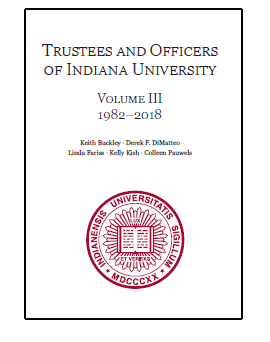 The history of Indiana University from its founding until the mid-20th century has been relatively well-documented, and the university’s leaders have been profiled in two previous volumes of biographies that cover the periods 1820–1950 and 1950–1982. However, little historical work has been published documenting the last fifty years of IU. This book begins to document some of that history.

This third volume in the series provides biographical portraits of 147 trustees and officers who have supported Indiana University between 1982 and 2018. Collectively, these biographies start to tell a story about the remarkable individuals who helped lead the university through times of growth and achievement as well as times of uncertainty and austerity. The biographies attempt to situate each individual historically, including highlighting some of what they accomplished and some of the challenges they faced.

Topics of continuity threaded across the biographies include changes to the university’s organization and mission, its finances, and various student, faculty, and academic initiatives. This includes the stabilization of the eight-campus system, the expansion of IU’s international mission, and system-wide enrollment growth of twenty-two percent.

Biographies include those who were instrumental in the regional campuses’ drive for autonomy, the implementation of Responsibility Centered Management (RCM), the Mission Differentiation initiative, the New Academic Directions, the Blueprint for Student Attainment, and the Bicentennial Strategic Plan. They also mark, where possible, those who led the development of numerous new programs, schools, degree offerings, and architecture.